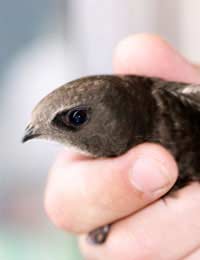 There are many different kinds of traps you can set if you’re looking to hunt land based creatures. Some are more elaborate than others and need to be carefully designed if they’re going to be successful. However even though the initial effort can be painstakingly slow when you’re putting traps together, once they’re up and running, they can keep working for you round the clock. It is, however, important that you check the traps regularly to minimise any suffering to the animal. Birds are probably your best target. The larger the prey, the greater the degree of skill needed so birds are ideal in a survival situation where you may not have the time to make a more sophisticated kind of trap.

The best way to position your trap is to go out onto any trail and look for footprints. Often, they’ll not be too far from water where an animal will be looking to drink. You’ll be able to ascertain the direction the animal was heading, its approximate size and if you’ve done your homework, you may even be able to recognise what animal it is by its footprints. It’s these kinds of areas where you need to be setting your traps.

When out setting a trap, you should try to avoid disturbing the area in which you’re setting it as much as possible. Your scent will be the biggest giveaway to animals so wear gloves when you handle the trap. Another way of disguising any scent on the trap is to hold it underwater or over smoke for a few minutes before positioning it.

A box or drop trap is a useful device for catching birds and small animals. You can make a box out of sticks, twigs and branches – in fact, any material that you have available. There are 2 ways of trapping here. You place the bait in the box and then have a piece of wood or stick propping up the box on one side. Simply by having a piece of cord attached to the stick will allow you to pull on the cord once your prey is inside taking the bait. Then the box will simply fall, leaving the prey caught inside. However, because of your presence near the trap and with you physically having to wait until the right opportunity presents itself, a far better method is to design a trigger mechanism so that when the animal steps onto the area holding the bait, the box automatically falls trapping the prey without you having to be there.

Snare traps are more effective for slightly larger game animals that might be more suspicious to fall for a box trap or may be more dangerous to kill if cornered in a box. You can make a snare using cord, wire or even the vine from certain trees. When locating a snare trap, you should once again look for trails where small game animals might look for food and water sources. Animals are creatures of habit so if you see footprints or any other signs that an animal has been passing through a particular area, .e.g. animal droppings are an obvious example, then you can be sure that they’ll return time after time. Places that may offer shelter and safety to small animals from other larger predators are also a natural location in which to set a snare.

How a Snare Works

The loop in the cord or vine you make for your snare is designed to tighten and hold the animal as it walks through it. The loop should be free moving which means it will tighten naturally as the animal walks through it or struggles once it moves forward into it. Remember, the loop must be big enough for the animal it’s designed to catch and far enough above the ground to match the level of its head. Therefore, it’s not an exact science and it can take many attempts and re-adjustments before you’re successful but constant practice and patience is the key.

A normal holding snare simply holds the animal at ground level and may or may not kill it through strangulation. For the holding snare, once you think you’ve placed the loop at the right height, you then need to secure the other end to a bush or some other kind of immobile stake or tree trunk which you’re sure cannot be pulled away by the animal. Then you should move some brush or logs to force the animal to walk in a particular direction so that it has no alternative but to enter the loop. If it’s set up on a regular trail this shouldn’t present a problem as the animal will follow its usual path anyway so as it enters the loop and continues trying to move forward, the loop will tighten and become smaller until the animal can go no further. It’s then trapped. It’s important to remember that snaring should only be used in a real emergency survival situation. In some countries it’s illegal and in the UK, snares need to be free running so that it relaxes once the animal stops struggling.

After the Prey is Caught

To many people faced with a survival situation, the thought of killing an animal for food is often quite difficult to come to terms with. Sometimes the animal may be dead already but if it’s still alive, it can still be dangerous and can bite, claw or scratch you severely which will not only be painful but can carry the risk of disease. A rock or some kind of heavy implement in order to kill it quickly by hitting it on the head is necessary.

For the uninitiated, this can obviously be a very traumatic experience but in a survival situation, you may have little choice. Food from animals and birds will provide you with the necessary fats and proteins that will prolong your life and killing and eating small animals, fish, birds, insects and plants might mean the difference between life and death.