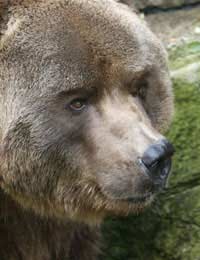 A number of people lose their lives each year or are severely injured, as a result of animal attacks. Here in the UK, it is rare for a human to be attacked by an animal in a wilderness setting as we have no natural predators to fear because of our climate and terrain. In fact, you are much more likely to be bitten by a pet dog.

In other parts of the world, however, if you venture into the wilderness, you might encounter bears of numerous varieties, alligators, lions, tigers, elephants, poisonous snakes and many other dangerous species which might attack you. There is plenty of useful information out there to help you learn how to survive if a specific species attacks you but, for the purposes of this article, it will discuss what you should do in general terms, if you are the potential victim of an animal attack. Remember, even in the UK, we are not immune. We are nation known for being dog lovers, yet we’re all aware that dogs can attack humans as some horrific news stories have demonstrated. Therefore, it’s important to understand the basics.

Why Do Animals Attack?

There are many valid reasons why an animal might attack a human being. Apart from those which are trained to attack, an animal may attack if it thinks you’re a threat to its young, to protect its territory, it could feel threatened if you’re in too close a proximity, it could be in pain, injured or ill, if you’ve surprised it suddenly, if you’ve disturbed it whilst it’s eating, if you’re teasing it, if it’s frustrated or tired, if it’s perceived you’re a direct threat to it and finally, if it’s hungry. Hunger has been left until the end of the list as it’s less common for animals to attack humans for food and whilst some species do kill humans for food, it’s far more likely that you’ll be subject to an attack for one of the other reasons stated than because you’d make a hearty meal!

What to do if You Think You’re About to be Attacked?

In countries where there are far more dangerous animals than in the UK, there are often specialist guidelines to help you cope with different types of animal if you think you’re going to be attacked but, in general terms, you should move slowly and quietly away from the animal, always facing it as you move backwards but try to avoid direct eye contact. Don’t make any ‘jerky’ movements which may startle the animal and don’t try to run away from it. It is likely to be far faster than you and by running away; its natural instincts are to view you as prey. If you are carrying something or can reach for an object or can get behind an object to put some distance between yourself and the animal to aid protection, do so.

What if it Starts to Make an Attack?

Don’t yell or make other loud, threatening noises or any threatening gestures. Don’t keep running, just throw yourself to the ground and curl up into a ball, protecting your head and face. If you ‘play dead’, the chances are the animal may lose interest. If you’ve no other choice but to fight back, try to aim any blows on the animal’s nose or right between its eyes but you should only fight back if you have no other alternative.

Assuming you’ve not been killed or badly injured, you should wash any wounds thoroughly and apply first-aid if you’re not able to seek medical help immediately. Try to remember as much information as you can about the animal which you can pass on to the relevant authorities later. What species it was, how big it was, whether it was a stray or wild animal. Try to remember the exact time and location of the incident and basically, any details you can remember about what happened. It may be that you’ll probably need to have a rabies shot and the more information you can give about the attack, the easier it will be to identify and isolate (or kill) the animal and for it to be tested for rabies.

How you Can Minimise the Risk of Being Attacked

Most animals do not attack unless they’re provoked or have been frightened. For the most part, even some of the most dangerous animals on the planet would rather shy well away from humans as opposed to confronting them. To minimise the risks, you should stay away from any animal who is accompanied by offspring, keep away from them when they’re eating or sleeping and try to get to know the terrain you’re in and likely spots where they may choose to build a shelter and try to keep your distance at all times.

Fresh animal droppings and footprints are a clear sign that an animal is not too far away and, if you’ve learned a bit about tracking animals, you can often ascertain the species and the size of the animal simply by observing animal faeces and footprints.

The most important thing to prevent you from being attacked is to respect animals at all times. The outdoors is their ‘home’ after all and you are simply a ‘guest’.