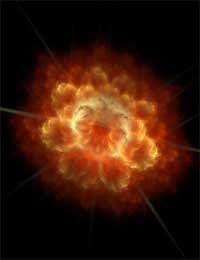 With global terrorism an issue that has become a very real threat since the events of September 11, 2001 in New York City, it has become necessary for governments all around the world to put into place some contingency procedures for if a chemical attack were to take place. War zones too, are other more obvious targets.

Although the vast majority of ordinary citizens might still have little knowledge about how to detect a chemical attack and how to deal with it, in a survival situation, knowing the basics (if there is no strategic plan to follow) could help to save your life. The possibility of this occurring could become reality if you were caught up in a war zone, for example.

Sophisticated chemical agent detectors are the best method for detecting a chemical attack. However, it’s more likely that in a survival situation you are going to have to rely on your physical senses.

Your sense of smell can sometimes give a strong indication that you’re in the presence of chemical agents. The scent of almonds is a common one and the smell of freshly cut grass or hay in places where you least expect it, is another. Unfortunately, however, many chemical agents used in germ warfare are completely odourless.

You are much more likely to become aware of the possible presence of chemical agents through visual observations.

For example, in its liquid form, mustard gas can often appear as oily patches on buildings or on the leaves of trees. In solid or vapour form, you’ll often see a mist or thin fog appearing after the bomb has been detonated. However, an even clearer indication will be given by observing people and animals who may show signs of abnormal behaviour.

Obviously, if you’re located close to a war zone, your hearing will also come into play because the sound of gunfire and missiles is also going to be an indicator.

There are numerous symptoms to look out for which can be an indication of the presence of chemical agents. These can include:As chemical agents will not only affect people, they can contaminate everything they come into contact with, another sign of their presence can be where you might experience strange tastes in your food, drinking water and even a funny taste if you smoke cigarettes.

Skin irritation especially in the nose and eyes is your body’s warning mechanism that is telling you of the likely presence of chemical agents. Your only real chance of survival is if you have access to protective equipment such as a mask and a suitably protective suit to wear. It’s also imperative that you remove yourself as quickly as possible from the affected area and decontaminate yourself and any equipment you have as soon as you reach safety.

In a war zone where chemical agents have been used, you’ll need to find shelter, water and food. Depending on the severity of the attack and the resources at your disposal, there is, unfortunately, no guarantee of your survival. However, your best chance is obviously trying to move as quickly as possible to get out of the contaminated area. If there is a prevailing wind, try to move in the opposite direction of where it’s blowing.

If you’ve no real option but to stay put for a while, construct a shelter following normal shelter construction procedures but try to build it as far away from any vegetation which might be affected if possible and also remove any topsoil from the area. Keep the entrance closed and at a 90 degree angle from any prevailing wind and, unless it’s absolutely vital, do not build a fire as you would do normally if the wood you’re going to burn has been contaminated as the smoke it gives off will be toxic. Try to stay put as much as possible as leaving and re-entering the shelter exposes you to possible contamination.

Any exposed water source is likely to have been contaminated so you should only use water from sealed containers unless you have no other option at which point you should at least filter and boil even fresh stream water. However, if you see any fish or animals which have died close to a water source, do not drink the water as that is a clear sign it has become contaminated. The smell of almonds, garlic or mustard nearby is also a giveaway as to the presence of chemicals.

As with water, food in sealed containers, cans or bottles only should be considered and these should also be decontaminated before opening as well as ensuring that you do not remove your face mask (if you have one) until you are confident you are outside the contamination zone.

There can be no guarantee of your survival no matter how well prepared you are if you were to suddenly find yourself in the midst of a chemical attack. The reality is that such an attack will have been devised to cause mass fatalities.

However, if you are going to be travelling to an area where there is civil unrest or a war going on, then it is imperative for you to learn all about things such as emergency shelters, evacuation procedures, access to safe food and water supplies and warning signals to give you the best possible chance of survival.